Posted on March 4, 2016 by anotheroldguy 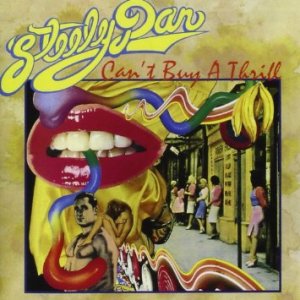 A little while back, Katharine and I decided to make a long-overdue visit to the Tenement Museum on the Lower East Side.  We took the Sweat Shop tour, because it focused on Eastern European Jews around the turn of the century (from the 19th to the 20th), when most of my family immigrated.  It was well worth the trip, and I would not be surprised if we went back to take another tour at some point.  During the visit, I thought about my grandfather Peter, who, I remembered hearing, was born and lived in the neighborhood as a child.  Firing up my phone, which was a bit incongruous in an apartment that barely had gas lighting during the time period we were discussing, I quickly confirmed that was the case.

The next day, I began poking around the genealogy sites, and found census records showing that, at one point, my grandfather lived only a few blocks from the museum, and even closer to where we had parked.  It led to a flurry of downloading census and other records relating to my ancestors and my wife’s. Our parents were amused, seeing these old documents with their parents and grandparents listed, and we started hearing stories and memories that we had never heard before.

I bet that in most families there are stories that get told and retold over the years, but every once in a while, someone comes out with a new anecdote and it makes you wonder what else is out there.  My parents are in their late 70s and my in-laws are in their 80s, and I’m glad that a little sniffing around in the past has prompted them to talk about some new things about their youth and our forebears.

Motivated to know more, and to record what we know, Katharine signed up for Familysearch.org, the genealogy website operated by the Mormons, which has lots of interesting stuff, and is free.  She started putting in basic family information, and the website started connecting people to entries in its database.  My family is hard to get too much information about–most of them were here by the very late 1800s, and before that, they lived in countries where not only do I not speak the language (except for one grandfather who was born in London), but where records have often not survived pogroms, revolutions and two World Wars.  So, I pretty much found a few census records and ship manifests, but after my great-great grandparents, it is mostly a blank.

Katharine has long known much about her mother’s family.  Her grandparents researched her Dutch farming roots back to The Netherlands, and did it the old way–by looking at physical records, typing out the information on a typewriter, then copying the pages into books that they gave to their family.  So, when we started looking at her family on the website, we haven’t really focused on that branch.  Instead, we looked at her father’s line.  He had always been pretty closed mouth about his ancestors, which from all accounts were basically Midwesterners of modest means.

We learned otherwise.  Turns out, there appear to be some lines that, with reasonable certainty, go back to all sorts of European royalty.  I did find some apparent errors on Family Search, but even after fixing them, I found paths to and past William the Conqueror, Charlemagne, various kings of France, Russia, and even Vikings (now, when I watch the great History Channel show Vikings, I yell out at my wife’s fictionalized ancestors).  And a bunch of their ancestors were early settlers of the Colonies, coming over in the 1600s and settling in Massachusetts, Maryland, New Amsterdam, Maine, Pennsylvania and Connecticut before becoming pioneers in central and Western Pennsylvania, Ohio and Illinois, where my father-in-law was born (and fled the minute he could). There are Revolutionary War and Civil War veterans, including one who died in a battle during the Revolution and had his corpse imaginatively desecrated, and one who died fighting for the Union at the Battle of Kennesaw Mountain. My father-in-law has expressed less interest in the nobles, and more in the outlaws and gunslingers, and there appear to be a bunch of both in his ancestry.

It’s been fun, and my love of history has made me a little obsessive in trying to track down information and evidence.  From the Internet, of course.  I’m not crazy enough to start running around to libraries and archives.  Not yet, at least.

There are a few songs about genealogy, and family trees and the like, and I could have gone there.  But somehow, the Steely Dan song, “Kings,” from their debut, popped into my head as I was writing.  That song mentions King John, signer of the Magna Carta and enemy of Robin Hood.  If Family Search is correct, he is my father-in-law’s 24th or 25th great-grandfather.  As the song notes, King John “plundered far and wide,” which might make my father-in-law happy.

This entry was posted in Downloads, General and tagged Steely Dan. Bookmark the permalink.